Following our reveal of some the Rock & Pop 2018 Guitar syllabus songs, we’re now moving the spotlight to drums. Watch session drummer Matt Brooks put his spin on five new songs on the syllabus and hear why he thinks they’re so great to play and enjoyable to learn.

‘No One Knows’ by Queens of the Stone Age is a song Matt loves to play, ‘simply because there’s so much for the drums to do’. He enjoys playing the single stroke rolls which are fundamental to the song, and being able to express himself and play with power and velocity in the instrumental section. ‘It’s great that you can use a drum kit and the different instruments as they all are individually, together, to create such a big, bold and brash sound.’

‘Don’t Wanna Fight’ by Alabama Shakes allowed Matt to use the tonal qualities of the kit to bring the song to life. ‘I loved the way it starts off soft; I loved the way that it’s colourful… on the drum kit you’ve got your kick snare, you’ve got your cymbals and your toms, and there’s a lot of side stick going on in there. It really just allows you to play with the colours.’ 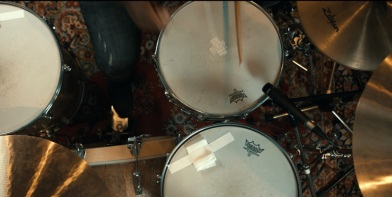 Matt particularly loves the dynamics and contrast in ‘Under The Bridge’ by Red Hot Chili Peppers, and enjoyed getting the opportunity to play the song again. ‘Growing up as a musician, I really loved Chad Smith, so getting to play this was really fun for me, it took me back many years. It allows a drummer to play musically… I love it for that reason.’

Matt can always get excited about talking about Stevie Wonder. ‘I grew up listening to lots of gospel music and Motown music, so Stevie Wonder is one of the holy grails per say in that genre.’ He really enjoys playing ‘Sir Duke’ as it’s ‘so musical’, and allows him to play in more of a loose style. ‘When you play Motown, you get to just sit off the beat a bit, and if you’re playing to a click you play just behind it, and that’s where a drummer should kind of naturally play, so it feels good.’ Matt enjoys the shuffle style of the song and how the hi-hats take on the role of a shaker. ‘You’ve got the hi-hat doing the triplet part, and it creates a space and a groove and a feeling that is so laid back. I just love it, I could play that song all day.’

Matt Brooks is a London-based session drummer, musical director and band fixer currently working with Matt Wills (Virgin EMI) among others. He’s played drums for artists including Nicole Scherzinger, Meghan Trainor, Raleigh Richie, Marcus Collins, and has played all over the world at venues such as the O2 Arena, Le Trianon in Paris, and at festivals such as Glastonbury, V Festival and SXSW in Texas.

With a huge range of songs spanning all contemporary styles, the new Rock & Pop 2018 syllabus lets you play the music you love. Find out more about the new syllabus and sign up to hear updates at trinityrock.com/2018.

Enter for an exam

Enter for a Rock & Pop exam